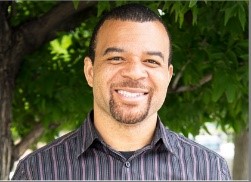 Nathan is a local Pastor at Living Stones church, where he has served sin 2015. He graduated from Earl Wooster High School in 1989 and then played football at Bakersfield College and San Jose State University. He also worked 14 years in the Washoe County Juvenile Justice System before going into full-time ministry in 2011.

Nathan has studied at Multnomah Bible College in Reno and his passion is reaching the lost with the Gospel and teaching God’s Word to a hurting and broken world. As he loves the Reno-Sparks community he has been involved the past 25 years in many special ways one being as a founding member of Sierra Nevada Teen Ranch in 2002.

Nathan married Denise DuPree over 23 years ago and they have four grown children and eight grandchildren.